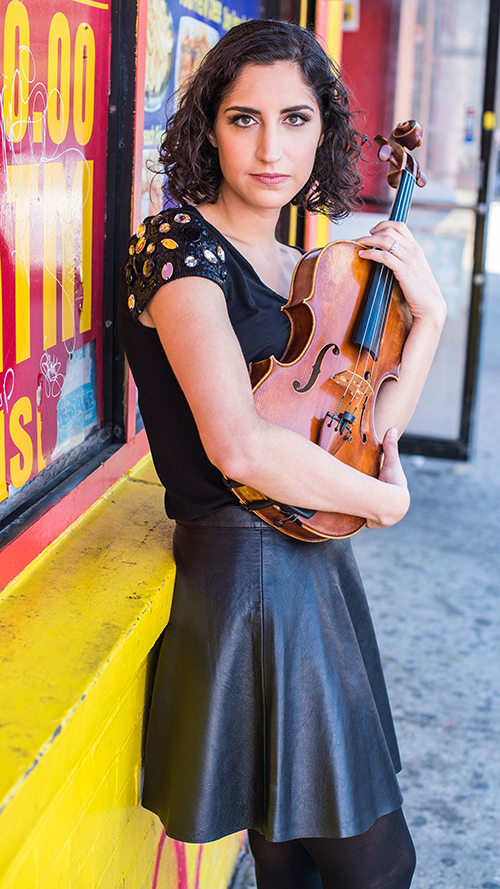 Nikki Federman, violist, is an active performer and teacher in the New York City area. She performs world-wide in halls ranging from New York’s Carnegie Hall to Austria’s Festspiele Haus and other venues in Europe, Asia, the Middle East, and North Africa. A graduate of the Manhattan School of Music’s Orchestral Performance program under the tutelage of Karen Dreyfus, Nikki performs with the American Ballet Theatre Orchestra, the American Symphony Orchestra and the Orchestra of St. Luke’s. Nikki also has performed with the New York City Opera, and the New World Symphony.

A sought-after studio musician, Nikki has recorded for the Sony Classical and Centaur Labels, and can be heard in various film soundtracks for 20th Century Fox and Paramount Pictures. At home in multiple genres, Nikki has appeared on the Letterman Show, the Victoria’s Secret Fashion Show, and with pop artists Bruno Mars, Macy Gray, Deltron 3030 and M83, among others. Nikki also played in the Radio City Spring, Summer, and Christmas Spectaculars and for the Broadway show If/Then with Idina Menzel, King Kong:Alive on Broadway, and currently The Lion King.

Nikki studied with Nardo Poy and graduated from Princeton University with high honors. While at Princeton, Nikki was a member of the Princeton University String Quartet, mentored by the Brentano String Quartet. Winner of the Lillian Fuchs Memorial Chamber Music Competition in 2007, Nikki continues to be an active chamber musician and performs with the Morningside String Trio and the Dynamic Motion Company Quartet, a chamber music and dance collaborative project.